Welcome to the Greg Burgess Archives – an ongoing archival project to catalogue, preserve and celebrate the work of Gregory Burgess Architects. A collaboration between Burgess, The Melbourne School of Design and the Robin Boyd Foundation, the archive contains more than 50 years of models, drawings and files spanning Burgess’ architectural career.

Gregory Burgess is a unique figure in Australian architecture. Since 1972, Burgess has produced work throughout Australia with an emphasis on architecture as a social, healing and ecological art. Key works include the Uluru-Kata Tjuta Cultural Centre and the Brambuk Living Cultural Centre in Gariwerd, Victoria. Many of Burgess’ most important projects have emerged from his collaborative and research-intensive design process, particularly while working alongside Indigenous Australians. Burgess has been the recipient of numerous architectural awards, is a Life Fellow of the AIA and recipient of the 2004 AIA Gold Medal for distinguished service by an Australian architect.

In 2020 and 2021, a team from the Melbourne School of Design and the Robin Boyd Foundation worked with Burgess to catalogue and relocate Burgess’ archives from his former studio in York Street, Richmond to a new customised storage and research facility in Sidonia, northwest of Melbourne. The archiving team catalogued over 400 physical models, almost 600 tubes of large-format drawings and 220 boxes of project files – a lifetime of architectural work. Prior to relocating the archive, a team from the Robin Boyd Foundation recorded a 3D scan and virtual tour of the York Street Studio, documenting the collection in its original context.

For Open House Melbourne 2021, visitors can access a virtual tour of the York Street Studio as it was in November 2020. The space, a former bronze foundry in industrial Richmond, was home to Gregory Burgess Architects for 20 years. The tour includes Burgess Architects’ open studio, Greg’s personal workspace and other working and storage spaces. Traces of the studio’s work and Burgess’ own history can be seen throughout. Boxboard presentation models line the walls, and artworks collected through Greg’s travels in Australia and the Asia-Pacific region feature prominently. The high bay of the former foundry houses hundreds more models and drawings, all of which have now been catalogued and relocated to their new home in the Greg Burgess Archives. The self-guided virtual tour includes extensive annotations of Burgess projects and points of interest, alongside a series of short videos featuring Greg and others discussing his life and work.

The Robin Boyd Foundation participated in Open House Melbourne in 2019, welcoming scores of first -time visitors to Walsh Street. Since 2008, the July weekend festival had seen tens of thousands of people come out to celebrate architecture and the city.  The Open House network sees similar events hosted annually in 40 cities across 5 continents.

However the impact on the Covid -19 crisis meant the Robin Boyd Foundation had to close Walsh Street’s doors to public tours, talks, film nights and our programme for 2020.

Fortunately Open House Melbourne 2020 was able to proceed as a purely online event, with many of Melbourne iconic and celebrated buildings offering virtual tours, as well as a series of public talks focussing on critical issues for the city. We were very fortunate to have a narrow window in which to safely co-ordinate a Matterport 3D tour of Walsh Street with embedded video and collections content.

For OHM 2021, another Covid lockdown again saw the event trimmed to online only and hence we fast-tracked our digital tour of Greg Burgess Studio for festival release.

We acknowledge and are very grateful of the contributions of our project partners: 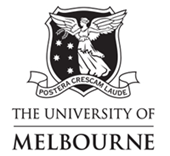