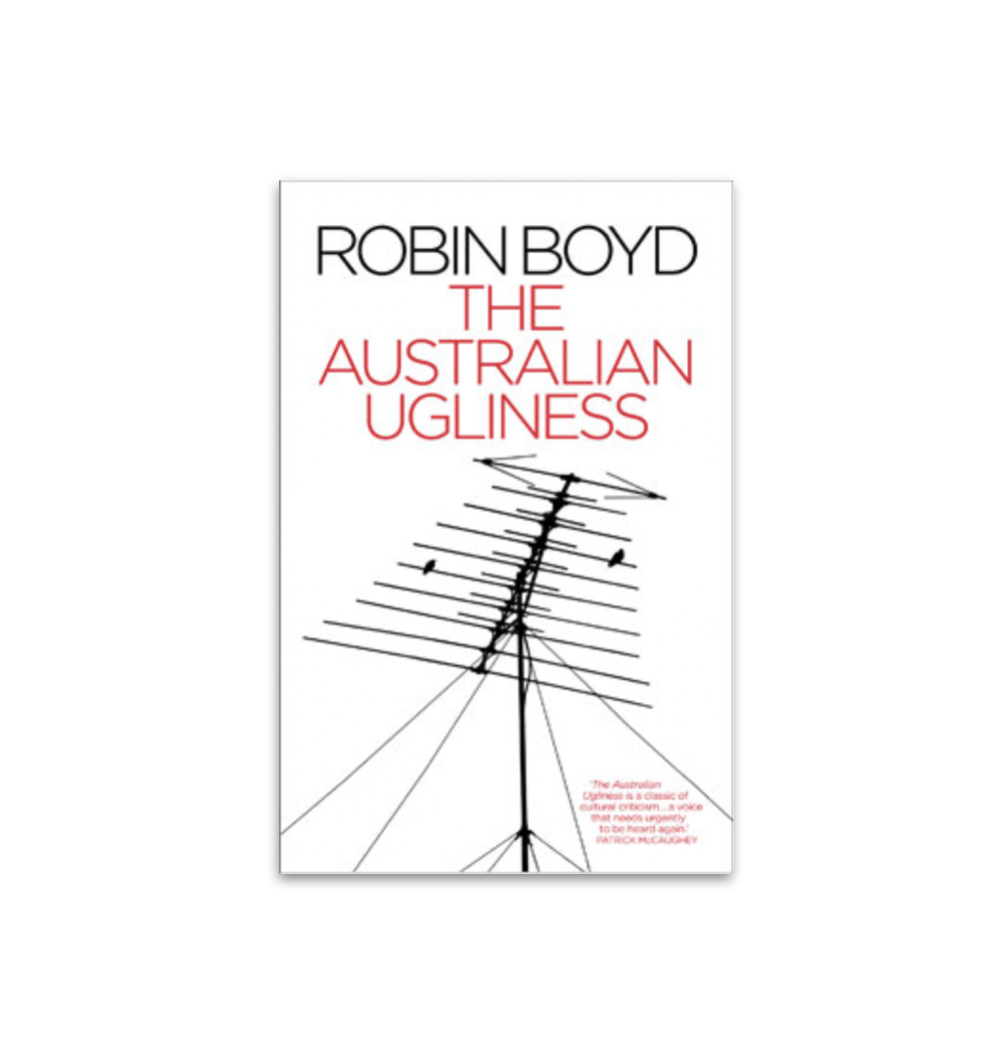 The Robin Boyd Foundation collaborated with Text Publishing in 2010 to publish a 50th anniversary edition of Robin Boyd’s acclaimed book The Australian Ugliness. This very special, hard cover, limited edition version was commissioned for only 300 individually numbered copies, of which only around 50 copies are still available for sale.

This special edition contains a new foreword by Christos Tsiolkas and a new afterword written by John Denton, Phillip Goad and Geoffrey London. Paperback copies of The Australian Ugliness can be found at your local bookstore.