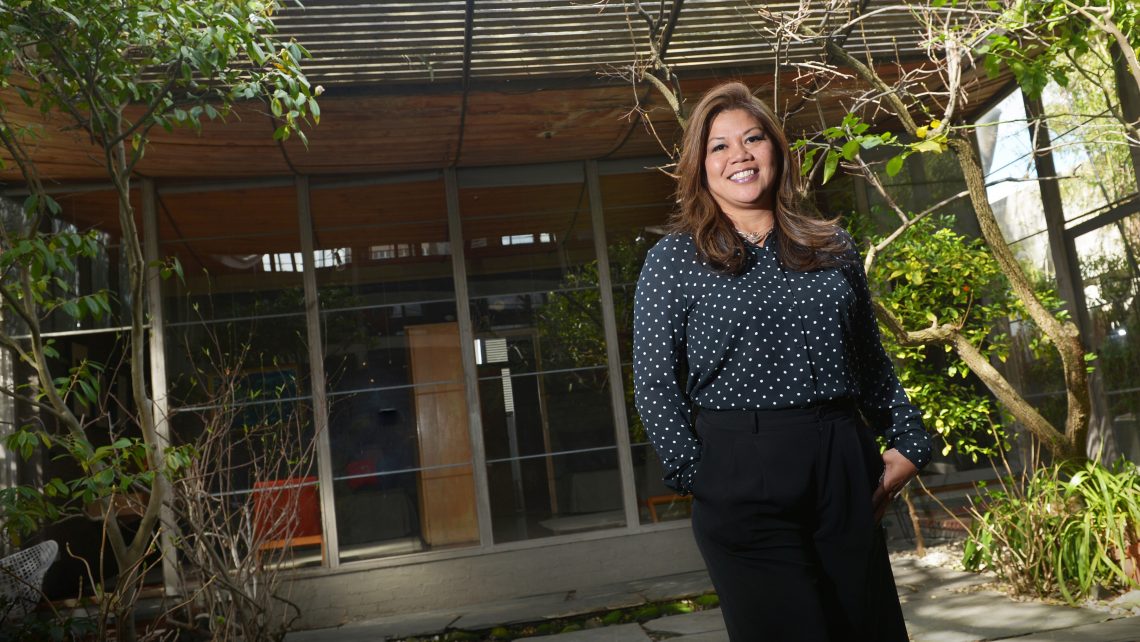 The Robin Boyd Foundation has announced the appointment of P. Joy Villalino as Chief Executive Officer.

Joy brings a unique international and multidisciplinary approach to lead the Foundation in its mission to continue the work and ethos of seminal architect Robin Boyd and his advocacy of the value of good architecture and an Australian design culture. Her strong background in public architectural education and design includes outstanding successes in the United States and Australia as the Executive Director of openhousenewyork, as a museum educator for the Smithsonian Cooper Hewitt National Design Museum, and as the General Manager of Victoria’s State of Design Festival.

In addition, a notable academic background underpins her professional work as she holds a Masters in Arts from Parsons School of Design’s prestigious Design History and Curatorial Studies program.

Foundation Chairman Stephen Hare emphasised the pivotal nature of the appointment at an important time for the organisation. He emphasised the Board’s enthusiasm in bringing Joy to the new CEO role at a critical stage in the Foundation’s development.

‘We are very excited to be working with Joy on the evolution of the Robin Boyd Foundation,’ Hare said. ‘Her notable experience and industry connections in Australia and abroad, and her reputation as a collaborator and creative leader make her ideal to lead us into a new era and strengthen the Foundation’s contribution to Australia’s architectural and design culture.’

Joy succeeds Tony Lee, who established the Foundation and generated a new wave of public interest and discussion in architecture and design during his 10-year tenure. She noted how extremely honoured she is to be joining the Robin Boyd Foundation, stating the importance of recognising and acknowledging the great success of the original founders, Board and current Director Alison Pert, who will continue to be a part of the leadership team.

‘Their great work has conserved and built from Robin Boyd’s architectural and design legacy the establishment of his Walsh Street family house as an iconic architectural place and space, and an important public design incubator for the nation,’ Villalino noted.

‘It is an exciting time to lead the Foundation, as it broadens its audience and community engagement in showcasing Robin Boyd’s work and his place in the architectural and design pantheon. I am especially looking forward to cementing his philosophical legacy in contemporary, public dialogues about architecture, design and urban development, and enhancing the Foundation’s commitment to furthering Boyd’s influence and ideas in seeking a truly Australian aesthetic for the nation’s built environment.’

In addition to the Robin Boyd Foundation’s public learning programs, open days, and studio workshops, the Foundation will be partnering with several Melbourne and regional galleries and museums in a celebration of the centenary of the architect’s birth in 2019. The year-long celebration will include exhibitions and works highlighting Robin Boyd’s historic and ongoing influence as one of Australia’s major contributors to architecture and design.